Feed additives are essential for the growth and development of animals. Nowadays, the rise in incidences of disease outbreaks in livestock across the globe is contributing to the increase in consumer interest for nutritious animal feed, thereby driving the demand for feed additives. Besides, the growing purchasing power of consumers, increasing feed production, and rising per capita consumption of meat and milk products, especially in China and India; and high meat & poultry product consumption rates in the European Union, North America, Brazil, and Russia are driving the demand for feed additives across the globe.

The global feed additives market study presents historical market data in terms of value and volume (2017 and 2018), estimated current data (2019), and forecasts for 2027- by type (performance additives and specialty additives), animal type (poultry, ruminants, swine, aquatic animals, and others), source (natural and synthetic), form (dry and liquid), and geography. The study also evaluates industry competitors and analyzes the market at the regional and country levels.

Based on type, in terms of value, the specialty additives segment is estimated to witness rapid growth in the next few years. The growth of this market is mainly attributed to the increasing consumption of animal protein. According to the U.S. Department of Agriculture and Foreign Agricultural Service, global poultry meat consumption is expected to reach 101.2 million tons in 2020 from 93.6 million tons in 2018. Due to this, the demand for an adequate supply of essential nutrients for healthier growth of poultry is expected to rise significantly. This is further increasing the demand for feed additives. Besides, the increasing incidence of disease outbreaks in animals and growing demand for compound animal feed with higher nutrient content are also some of the major factors supporting the growth of the specialty feed additives market.

Based on animal type, the poultry segment commanded the largest share of the overall feed additives market in 2019. The large share of this segment is mainly attributed to the huge demand and production of broiler meat due to rapid economic growth, urbanization, and high incomes. In 2017, over 7.4 billion broiler chickens are slaughtered for meat in Europe, which produced over 12 million tonnes of broiler chicken meat (Source: Compassion in World Farming Organization). The common feed additives used in poultry diets include antimicrobials, antioxidants, emulsifiers, binders, pH control agents, and enzymes. The use of natural feed additive is gaining importance in poultry production due to the ban on the use of certain antibiotics, harmful residual effects, and cost-effectiveness.

The report also includes an extensive assessment of the key strategic developments adopted by the leading market participants in the industry over the past 3 years (2017-2019). The feed additives market has witnessed several new product launches, expansions, agreements, partnerships & collaborations, and acquisitions in recent years. For instance, in September 2019, DSM partnered with the International Egg Commission (IEC) to support sustainable egg production and to drive positive developments in the egg industry. 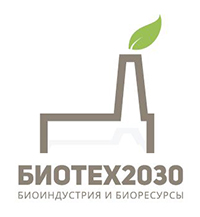